Tell Fidelity and Schwab to STOP their Islamaphobic Activities

Tell Fidelity and Schwab: phone, email today and let them know that if they do not denounce and

For those with 401k and other corporate plans, tell your Human Resources officer you are concerned that your firm is doing business with and is forcing you to do business with these custodians of your plan. 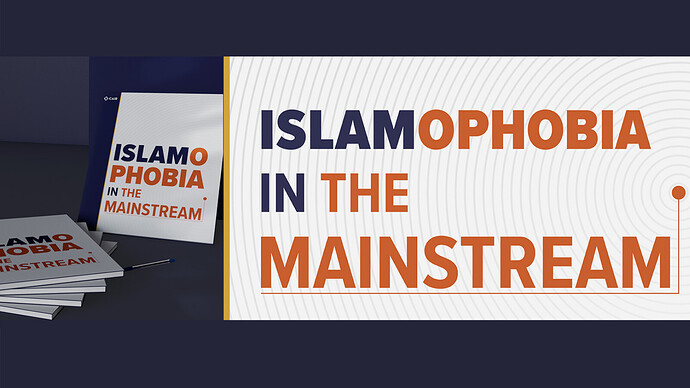 The funders include household names such as Fidelity and Schwab and faith-based charities such as the Jewish Communal Fund and the National Christian Charitable Foundation . They also include private family foundations such as the Adelson Family Foundation which contributes millions of dollars to support anti-Muslim activity.

Salam, I’m glad that CAIR is tracking and shedding light on this issue. While I appreciate the sentiment, I wouldn’t expect Fidelity or Schwab Charitable to do anything differently here. The issue is those hate groups have a 501(c)(3) “charitable” tax status, and these are those two are the largest donor advised funds in the USA. Ideally the way to help shut down or severely limit those groups would be for them to lose their “charitable” status. Unfortunately as this article explains, the IRS tried in some cases and got backlash for it, so isn’t likely to do this: Hate Groups as Charities? Exempt 501(c)(3) Status Seems Counterintuitive to Many - Leaffer Law Group

I think the best approach here, rather than expect these large DAFs to be arbiters beyond checking for valid 501c3 status, is to support CAIR and other organizations that are shedding light on these hate groups and their key people, such that mainstream organizations and public figures wouldn’t wish to associate with them. If it was possible for these DAFs (or the IRS) to be arbiters, I would sooner expect the anti-Muslim groups to succeed to shut out Muslim causes than the opposite. For example, there are people that would wish to shut down Muslim organizations because of stances on homosexuality or because they boycott Israel (where this unconstitutional prohibition still stands, and fortunately it has been struck down when challenged in many places). So I think the biggest value in CAIR putting light on this matter is to expose these hate groups that wish to hinder or shut down Muslim organizations, and who have unfortuately succeeded in some cases post-9/11. It should help neutralize future offensive attempts to do.

Thank you @hkirefu for bringing this to our attention.

@Omar, you make a good point. And I don’t mean to lessen the importance of CAIR in exposing these non-profits which are really nothing more than avenues of tax sheltering donors who fund the salaries and work of Islamophobes working for these nonprofits.

But don’t you think that these brokers have a responsibility in doing some DD on where their donations are going? I imagine they aren’t randomly selecting a list nonprofits to donate to.

It kind of ties to the idea of ESG investing. In fact, because there’s major tax deductions involved, one could make the case that “ESG donating” should have just as much, if not more, priority in doing ESG type evaluations. (I understand this isn’t the case because nonprofits are generally presumed to comply to these metrics)

Fidelity and Schwab and any other DAF certainly are part of the problem here as they are conduits of getting money to these anti Muslim organizations. I would view them similarly to Facebook or any other social media company’s responsibility for hosting them, or that of any payment processing company that they use (Visa, PayPal, etc). The whole premise of most DAFs is they are driven by donor wishes and will follow through as long as they are confident it doesn’t land them in legal or IRS troubles.

I think the challenge is how to define actionable and practical guidelines to block donations to these anti Muslim groups. How can that be done in a consistent way that doesn’t cause headaches for a large DAF? Imagine how many causes are opposed to each other, e.g. pro and anti abortion or guns, etc. It isn’t an excuse to do nothing but it does mean whatever criteria is chosen has to be something objective that reasonable people can agree whether or not something meets that criteria. I think this has to be talked about and maybe these large DAFs would do something about it in the end.

Each person who has an account with Schwab & Fidelity can vote with their mouth and money.

They can tell their HR department or move their funds if allowed.

Like the stock market, no consensus is needed. Everyone places their own trade and by placing your trade you send a clear message. And when enough people individually place their trade, and they all collectively sell, guess what happens to Fidelity and Schwab.

As Wall Street Bets has shown, the power of community is powerful, as long as each person does their part.

It is that simple. Vote your vote.

Couldn’t agree more! We vote with our money. 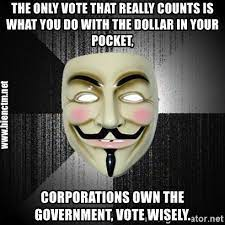