The US government (through an exec order) wrapped up an investigation against Chinese companies that take part in supplying the Chinese government with technologies and systems used to suppress religious minorities. I see Alibaba is not listed.

What is your take on this? Does this change your view against Alibaba? Assuming the revenue from Haram is within “the limit”. 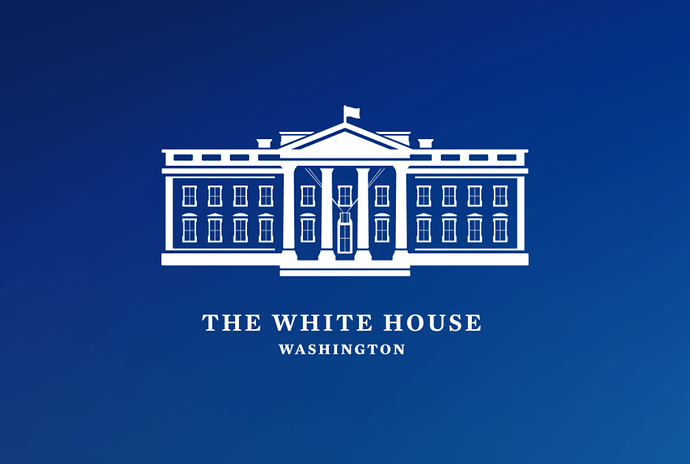 Keen to hear your thoughts.

There are over 3000 stocks in the US and Canada plus thousands more in Europe, so why buy any Chinese or Israeli stocks?

Thanks for your answer. Yes I’m aware of that.

China economic growth is unparalleled. There are couple of good opportunities for undervalued stocks in China. Alibaba is one of them.

Let’s start with this. In principle, I don’t believe investing in China is forbidden. So I wonder why are you closing the door on China?

My concern is very specific. I don’t want to invest in a company that helps the Chinese government against Ughuir Muslims. But the US investigation didn’t point to a proof. Would appreciate if anyone could share their views so I can validate. Thanks

China economic growth is unparalleled. There are couple of good opportunities for undervalued stocks in China. Alibaba is one of them.

I second you on the Chinese growth and some exposure to that seems wise.

It is a simply question if ethics over dollars.

The following do not fit with Islam
Communism
State control over companies i.e. ali Baba is controlled by the state as evident by recent events
Human rights violation - there is no transparency of the supply chain and the state is providing Uygher slave labour to various companies from cotton to solar panel manufacturers

By providing capital and profits to the state through taxes and capital injection, one furthers it’s strength and ability to suppress (ie Hong Kong).

Can you argue the opposite, most definitley. It comes down to $ over an ethical position.

I think you are switching the topic to China. I don’t blame you but I’m not ruling out China for the reasons you wrote. The same argument can be applied against the US and France to some degree…
Thanks anyways.

Looking forward to hearing more thoughts from the community.

Even if you ignore the ethical reasons, China risk is a real thing. China can and has taken over companies and disappeared their founders, there is no semblance of a free market there. That is what people are pointing out to with regards to “state control.” Due to that, they incur geopolitical risk with the US threatening a ban on all Chinese stocks as leverage in the ongoing trade war. They only followed through with the companies directly related to the Chinese government, but that could change as politics is mercurial.

I think that as long as a stock passes Shariah-compliance, it’s up to you to weigh the ethical concerns. Overall, the Chinese market has seen phenomenal growth and attracted many investors and companies alike. Unfortunately, investors and especially companies get burned by the many stock frauds and IP thefts that are prevalent and tacitly approved by the Chinese government. You can see how common stock frauds are in “The China Hustle”.

You can still choose to invest in that market, but you can’t ignore the risks it poses and chalk it up as unrelated. I personally wouldn’t invest in Alibaba, even if it became Sharia compliant, because the way it’s priced in the market is often unrelated to the company, but instead, politics.

as long as a stock passes Shariah-compliance, it’s up to you to weigh the ethical concerns

Islam is all about ethics, ethics defines how wars are to be conducted (i.e. cannot harm a leaf on a tree) to how people are to treated (i.e. Bilal the slave companion of the prophtet). To leave out ethics is like leaving out Riba in the evalution of stocks.

I wasn’t “leaving out” ethics, I was trying to prove that ethical reasons aren’t the only reasons to avoid Alibaba and other Chinese stocks.

More on ethics and China: How the CCP Is Redefining What It Means to Be Chinese | Time

This is the China Supply Chain & Laour Practices - SLAVE LABOUR
The Xinjiang government’s 2019 Five-Year Plan includes a “labor transfer program” designed to “provide more employment opportunities for the surplus rural labor force.” At least 80,000 Uighurs were removed from Xinjiang between 2017 and 2019, according to the Australian Strategic Policy Institute (ASPI), noting that birth rates in Xinjiang fell by almost half during the same period, the most extreme drop of any global region in the 71 years of U.N. fertility-data collection, including during genocides in Rwanda and Cambodia. In Tibet, 604,000 workers were “transferred” to urban areas during 2020 alone, according to state media. Today, ads on Chinese websites offer factory owners Uighur workers in batches of 50 to 100.

Highlights from the Article:

“We all had to eat pork, and I was forced to burn a Koran and a prayer mat,” she says. “There was to be no more praying.” Afterward, she was sent to a labor camp for two months, where she sewed gloves until she says her neck ached and her eyes turned bloodshot.

At one point, Auelkhan was given what she was told was a flu shot, and afterward her periods became infrequent and irregular. “I became lethargic and today can’t even knead bread without feeling tired,” she says.

Fasting during Ramadan is forbidden, as is the Islamic greeting “As-salaamu ‘Alaikum,” or “Peace be upon you.”

CCP officials are assigned to live with minorities in their own homes, while AI-powered facial-recognition cameras enable predictive policing in what Amnesty International calls a “dystopian hellscape.”

China is in the final stage of a covert and until now little-understood crusade to transform people in peripheral regions perceived as “backward” and “deviant” into “loyal,” “patriotic” and “civilized.”

The goal, according to an official ordinance on the government website for the Xinjiang city of Kashgar, is to “break lineage, break roots, break connections and break origins.”

Activists now fear that the project of forced assimilation seen in Xinjiang offers a framework for other regions.

China’s Education Ministry called for “the infiltration of patriotic education into children’s games and daily activities in preschools.”

Tens of thousands of Tibetan children have been sent away to residential schools where they are “paired” with Han teachers. On the rare occasions they can see their families, typically two weeks each year, many struggle to communicate in their native tongue.

Across Tibet, “transformation through education” facilities targeting monks and nuns for “correction” have produced reports of torture and sexual abuse that mirror testimony from the Xinjiang camps. Inmates are forced to denounce the Dalai Lama and learn CCP propaganda by rote in a bid to obliterate memory of a time before party control.

Muslims fare worse. The demolition or “rectification” of mosques and shrines is being ramped up across China, with 16,000 damaged or destroyed in Xinjiang alone, according to the ASPI. Cemeteries have also been bulldozed, leaving bone fragments protruding from the russet earth. In Linxia, Gansu province, a city once nicknamed Little Mecca, the elaborate dome and minarets of Tiejia mosque were demolished last year for seeming too “Arabic,” say locals, and the call to prayer forbidden as a “public nuisance.” Although the elderly can still worship, police bar children from entering the mosque.

in early January, the Chinese embassy in the U.S. tweeted that Uighur women were “baby-making machines” before “emancipation” by CCP policies,

Assalam alaikum wrb,
By the way what is Zoya’s determination on Alibaba’s stock- whether it is Shariah compliant or not?
Jazakum Allah Khair