What is the basis for the 30% limit in the AAOIFI shariah standards?

And this percentage set by AAOFI is not based on any Shariah reference.

Salaam and welcome, @nazmulhasandu! The basis for AAOIFI’s 30% threshold has been derived from the following hadith where Saad Bin Abi Waqas narrates:

From the above hadith, some scholars have derived the principle that one-third amount is “substantial” for anything in issuing a shariah ruling.

Mufti Faraz Adam wrote a post on his site where he goes into a little more detail on this topic: 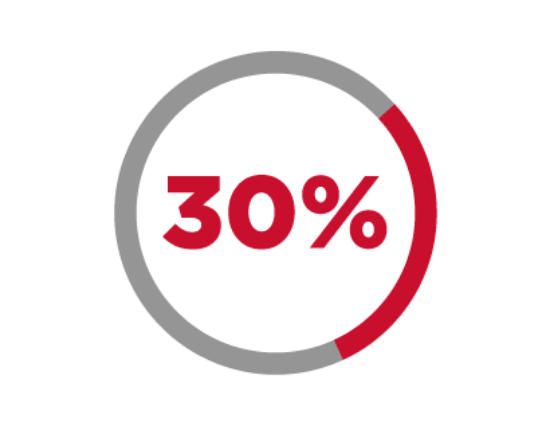 Making Sense of the 30% Rule in Islamic Finance - Amanah Advisors

To determine the Shariah compliance of an equity investment, a company’s business and financials are screened. Investors commonly ask the nature and evidence behind the 30% and 5%. This article addresses the rationale and the history of the financial...

First of all, I was really happy to see this Zoya app which is making our lives easier for halal investing. May Allah bless your Saaleh Intentions.

Jazhaakallah for replying swiftly and explaining the reference.

However, based on the reference you have mentioned, I have following questions:

I am not a Muhaddis, neither I am an interpreter of Hadiths. My aim of questions is to make sure my investments are halaal.

On a Separate note, May we request Zoya team to create a list of stocks with Zero debt?
And probably a list or ranking based on No prohibited income and No debt?

If your business model is to generate fees by providing fatwas and sitting on boards, the inherent objective is to cast as large a TAM as possible not the smallest. As you reduce your % allowable, you reduce your TAM.

To give an example, why was 5% not set as the limit for debt as it is used to establish a threshold for non-permissable income? Is not RIBA debt non-permissable?

I am not saying if 30% is appropriate or not. What I am saying is let’s be honest about unintended outcomes. Let’s be precise in our vocabulary so we do not as a generation redefine the meaning of halal and sharia.

I agree with your concern and questions. I am trying to understand the same. Similarly, others also criticise AAOFI around this kind of limits.

In Addition, deriving to 30% limit based on the above Hadith also assumes that, Sahaba of our beloved prophet (pbuh) gave only ignorable amount of their wealth. However, there were many occasions when Sahaba donated even everything they had. Sahaba tried to donate as much as possible. Meaning, they usually donated a largest possible amount they could.

This is based on the philosophy that, the more we donate on this earth the more we will gain in afterlife. Islam’s teaching is to increase your return in afterlife. This also means, charity amount cannot be an ignorable amount for Sahabay kiraam.

I do not clearly understand what you mean by good investment plan.

If you have a large amount of money, you can go to wealth management advisors for your investment plan.

There are Islamic funds too which are managed by professionals and they try to ensure as much halal as possible for them.

If you want to start with a small amount of money, I can help you.

Or, If you are asking if I have any plan, then Yes. I invest in halal/ shariah-compliant stocks and crypto-currencies. You can copy my trades in Etoro. Then every time I do a trade your account will also automatically execute the same trade. You can start your account with as low as 500 USD to copy me. You do not have to pay me any money for copying me.
This is my etoro account link.
https://etoro.tw/3hiVBGB

I also agree with @nazmulhasandu. It would appear that the Prophet(saws) allowed him one-third at most so as, not to leave his heir in a needy position thus he(saws) said one-third is excessive, and Allah knows best.

There’s seems to be one issue I haven’t seen anyone mention yet when it comes to necessity. The reality is investing in stocks etc. is done with passive income it’s not obligatory. If there aren’t any halal stocks in a certain sector, then one can choose a different sector. Perhaps we need a reminder of what necessity is in Shari’ah, this would clear up a lot of misinterpretations.

Lastly, as Muslims we should know that only Allaah has the right to legislate. So how then can we use standards that permit what Allaah has forbidden, provided it doesn’t exceed 5%? On who’s authority was this 5% established? Today it’s 5%, ten years from now a group of “scholars” may decide to make it 3% , 15%, 20% etc. As mentioned in the article I know these standards are idjtīhaadi, but to come up with such numbers without a clear evidence or reference is dangerous. This calls to mind the hadith in which the Prophet(saws) informed us the people will consume riba… whoever doesn’t consume it will be affected by its dust.(Musnad Aḥmad 10191) may Allaah guide us protect us. Aameen.

Jazak Allah khayr for the article. Never knew the reason and always assumed the derivation is too complex for the average Muslim to understand.

Is there a similar explanation of the 5% rule?

The “necessity” part was in my mind but forgot to mention. I completely agree with you. Stock investing is almost never obligatory.

Another important point I read in an article. How successful Islamic Finance/ Investing/ Banking is so far?

As expected, you cannot beat someone just copying them partially. This is what has happened.

Islamic Finance has come on the earth not to help capitalists or money makers. Islamic Finance came for social welfare. Thus when we try to use Islamic finance for the purpose which is different from it’s own purpose, we mostly fail.

These days I am having a really hard time to find some halal stocks. Theoritically it is almost impossible to find a completely halal company which has zero debt, and zero non-halal income. Let me explain why.

A business need some cash to run it’s operations. So either they get from owners equity or from loans. So no loans means the money has come from equity. Business has got cash from equity. Conventional financial wisdom says, if your cash is sitting in dawer then you are losing money. So finance managers will put the money in some assets which they can sell easily at any moment and use the cash in their business. That kind of asset is Government bond or short term commercial papers. Most companies buy those assets. And those assets reward the businesses with riba. Thus the less debt a comapny has, the more cash equity it has, and the more prohibited income it generates.

I do not see any other way.

JazakAllahu Khayran for the detailed reply on this, Saad! This is one of the most fundamental questions people have on this topic.

Subhan Allaah you put it well. I wonder if the Zoya team can run a scan “in-house” for companies with zero debt, interest income, or interest paid; and see what they come up with. Then screen them for Shari’ah compliance in their business practices.

Just wanted to add one more complexity in stock investing from Islamic point.

Let’s say you found a company that has no debt, no prohibited income, and no money at interest paying securities at all. You are happy that finally you found one. Beautiful. You invest a big portion of your money for long term because you found a lovely company at last.

You are checking the company financials in next quarter. And you found that, in the new quarter, the company has taken a huge debt or has invested their money in interest paying bonds. And the invested amount is even beyond the AAOFI permitted limit.

What will you do now ?

If you want to stay shariah-compliant, then you have to close your position with the company immediately. Don’t you?

But what are the consequences then ?

Remember, You invested for long term, your stock is still in loss. So if you sell now, you are only losing money.

It looks I am showing the complexity. I do not want to frustrate any of us. I am just pointing the issues so that Zoya or someone can come up with some solutions. Muslim world needs it.

Each of us has a different level of individual tolerance. And, we hope Allah will forgive us if we have made a mistake without knowing it. But still the problems stand there.

Agree with you 100%. But the way I look at it, it’s just the cost of doing business now when you’re a Shariah compliant investor.

But the end game is to get to a point where we can invest in great stocks that truly adhere to Islamic principles.

So our investments for the foreseeable future maybe seen as a foundation or a step towards that goal. Sort of like heating up the engine before flooring the accelerator - if that makes sense.

I would suggest based on my conversation with sheik uthman they are not ijma as not all Muslim scholars have agreed.