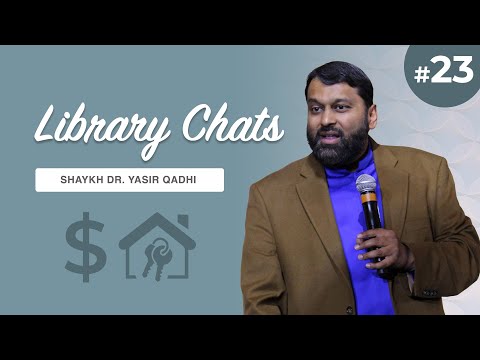 This has been making the rounds in the Zoya team slack. I wanted to share it here in case anyone hasn’t had a chance to listen to it yet.

Some cool notes for me were the understanding of the different kinds of Riba, an understanding of what the markets were like back then compared to now, and how early scholars understood the fiqh during their times.

What if a presenter started with a lens that Islam is a better model than the western banking system, how would this change the analysis and conclusions?

A glaring omission was the impact on the Ummah from inequity in wealth distribution to enslavement to debt.

The question that needs to be answered, is the presented definition of Riba in the Quran correct. Opinions from Scholars not vested in the banking system would prove useful in evaluating the accuracy of the presentation.

My hesitation with this presentation in part lies with the fact that the presenter sits as an Advisor on a pro-zionist Islamic finance company.

Yes! Exactly! I was really hoping to hear from you on this hehe.

I was wondering about an “Islamic economy” as an alternative to the western banking system as well. The speaker here is really about how Muslims would live within the current economy and not about moving past it into what we hope would be something without compromises.

I’ve given the speakers’ Linkedin and university profiles a quick look, and I wasn’t able to find the role you’re mentioning here.

That’s a bit naive of the regulatory consideration of living in the west. And you’re talking of a theoretical non existent country.

Starting a credit union is a no-brainer until you look at the regs. Not impossible maybe something one of the mega community in North America could do. It’s a great idea, potentially super profitable and enables community development

Hey @Rshareef could you elaborate on what is naive? Just trying to follow along.

Really like the shout about a credit union. Would definitely need some big movers behind it.

No such thing as Islamic economy or theoretical Islamic state. It’s an idea that I may argue hasn’t existed since maybe 680 AD

If you’re not worried about Quranic RIBA as dr Fadel outlined you have options and opportunities that are not insurmountable. Federal funding, the launchgood model

I just checked. Chris has raised 300 million. alhamdulillah our lives are not based on payday loans and credit cards. It’s a reality for a ton of Muslims. Solution for the masses are what we should think about including Muslim.

Thanks for helping me along. Yeah, it’s definitely naive. I wasn’t referring to an existing system or country right now, but the idea of what we can have in the future. Just blind hope, maybe.

I’m not sure I’m on board with the outcomes of Dr. Fadel’s logic, but I was glad to hear the discussion. I guess my critique is that it’s more about getting by with what’s in front of us instead of fighting back. If anyone else has other resources where they discuss their positions this thoroughly, please share them.

To ignore what’s in front of you is suboptimal to put it charitably. Can’t look at the world as a binary. I’m not a mufti but I’d argue that the model we follow used both. Dr Fadel brilliantly explained why the average Muslim looks at Islam finance and concludes it’s the same as Bank of America. I’m in that boat but still have a mortgage from the big player in that space.

The average Muslim is not wrong. But the big players in the mortgage industry don’t charge late fees ie quranic riba. They violate a lot of sunnah riba rules. Based on need sunnah riba rules we’re relaxed even by Prophet Muhammad SAW. Don’t throw out everything context makes the text and ruling for a mufti. I am not that Mufti. I loved his talk.

I’ll be honest. The marketing of that industry pisses me off. Look at the big player in that space. They claim 100% riba free. The sharia board knows what they means and further define that they don’t charge late fees. They follow that up and talk to the average North American Muslim like that is at best dishonest and at worse Allahalim. Who is their audience and customers wealth educated Muslims.

Scroll to bottome of page: https://www.manzil.ca/about-us

For pro-ziionist position of Islamic fintech: 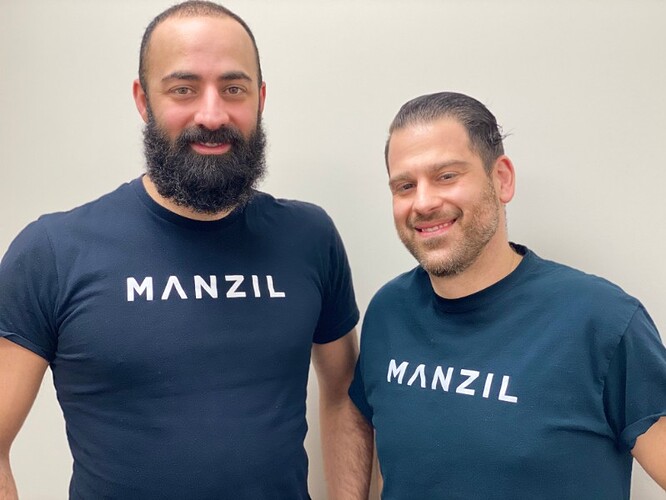 Paul Lungen looks at Manzil, whose business it is to provide Sharia compliant financing for Muslims entering the housing market.

As to the issues that could cause friction, such as the conflict in the Middle East, Kirshen said, “It’s not a defining piece of our relationship. We can agree to disagree.”

As to the reception among potential clients of having a Jew playing a prominent role in the company, Sawwaf said, “I tell Chayim that if there’s push back, I don’t want them as clients.”

For pro-ziionist position of Islamic fintech:

Thanks for sharing! I didn’t know about this.